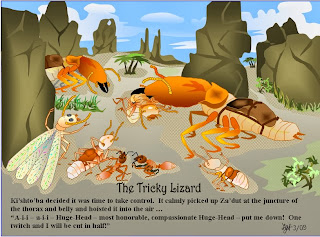 
[This will be the last chapter to be posted here. To read more, buy the paperback or (coming within days) the Kindle version of "The Labors of Ki'shto'ba Huge-Head: Volume One: The War of the Stolen Mother."]